Welcome to Shattered Grimoires ✰ Login or Register
In this world, Magic is Everything. All people, all races, are granted with the power to perform mystical and magical feats via grimories, mystical tomes granted to each and every child on their 15th birthday. Those blessed by the mana can have their names written down in legend.

Shattered Grimoires is the work of the mind(s) of Ardere & Shattered Grimoire's staff. All characters and content are copyright their creators, and may not be replicated without their creators' permission. Black Clover is owned by Yuki Tabata and published by Viz Shonen Jump. All images belong to their original owners. The theme you are currently viewing was made by Eliza of ElizaCodes exclusively for Shattered Grimoires.
welcome setting events staff credits
rules site history guidebook (coming soon) character creation guide approvals office of the wizard king affiliation/advertisments discord
General

Site rules and lore, as well as event information and site announcements can be found here, as well as patches to the systems and trackers for Organizations and Noble Families.
Yule Loot by Aeila on Jan 24, 2023 5:48:44 GMT -5
67
threads
533
posts

All work in progress characters will be kept here, as well as approved ones. This is also where you can find the trackers to store your character information and stats.
Face Claims by Saeka Zhongli on Jan 24, 2023 19:26:30 GMT -5
98
threads
206
posts

The workshops for work in progress spells and items can be found here. This is also where you can find the tracker for your spells and items, under the Grimoire section.
Amaya Senior Spells (angelic/Paint) by Amaya Ravencrest on Jan 28, 2023 14:17:06 GMT -5
200
threads
451
posts

This is the board for missions. It includes missions for Events, Magic Knights, Citizens, Rogues, and Church members. They are organized in sections of JR to INT, SR to ARCH, and mission chains. The workshop to create your own missions or missions for others is also here.
Gather the Materials! by Samson on Aug 21, 2022 5:04:15 GMT -5
131
threads
193
posts 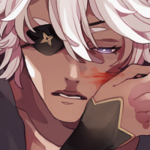 Various shops can be found here. The seasonal and event shops as well as any shops run by characters or npc's. This is also where the Notable Achievement shop can be found.
Seasonally Spooky Store by Shopkeeper on Oct 18, 2022 18:07:53 GMT -5
3
threads
8
posts

The wildlands is a place without any real sort of law, there is, of course, still a pecking order with the strong making the rules. It is a place known to be dangerous due to rogues and other kinds of unsavoury vagabonds taking refuge within the safety of the uncharted and treacherous land.
Free the Lost Kingdom(Amelia/Connor) by Connor on Sept 25, 2022 23:35:06 GMT -5
12
threads
83
posts

The Forest of Witches, closed for a hundred years...now reopened under mysterious circumstances. The Outer and Central Forest are open to the citizens of Clover, but the Capital City is still currently closed. The Witch Queen occasionally sends an emissary or two.
Stepping out of Line (Hinota/Valo/Magnus Mission) by Sol Shinryu✾ on Nov 29, 2022 4:05:25 GMT -5
14
threads
114
posts A Wasteland between the other Kingdoms and Clover. Depending on which part of the Fringe you are in, the terrain differs. Deserts, tundras, enchanted forests, and other various types of land can be found all across the Fringe. This is considered Neutral Territory by all of the kingdoms.
Sinking Shadows Rising Strength by Aeila on Jan 19, 2023 6:07:52 GMT -5
50
threads
711
posts

Carrion is a militant kingdom on the border between the Clover Kingdom and the Spade Kingdom, acting as the first and last line of defense against the hostile kingdom to the north.
Relic Retrieval (Part II) by Thaddeus Wilhelm on Aug 26, 2022 0:23:16 GMT -5
18
threads
182
posts

The Forsaken Region, named amply as most people towns who live in this region get very few visitors. Trading is rough and bandits roam in packs here. It has been rebuilt since the Diamond War and is growing stronger, but it will always be the furthest from the Capital's eyes.
Into the Mansion of Madness (Amaya/Taiyo) by Hinota✾ on Jan 28, 2023 12:18:29 GMT -5
113
threads
942
posts

A region of the Forsaken Region that is closest to the Heart Kingdom. It is a rather large basin like area that is so massive that it has created its own ecosystem. The area is filled with concentrated mana causing various mutations in the fauna and flora in the area. Creatures like deer and rabbits which are common throughout the Forsaken Region, have taken on a larger appearance and oftentimes are able to utilize rarer magic types.

The whole area could be described as a mana zone. Geyser like structures that emit water as well as crystals and other substances, are abundant in the area. Their presence causes the region to be ever changing. The closer one gets to the Heart Kingdom the more abundant these geysers become, while the number of paths leading through the area become fewer.

A lake nestled in the valleys of the Forsaken Region, hidden away as a small haven of serenity. Cherry blossoms bloom here beautifully in the spring, often known as a getaway to local couples. The water is clear as a blue sky with legend saying it was enchanted by mages who were lost lovers, so its waters are always beautiful and serene.
A Moment of Apprihension by Amaya Ravencrest on Jan 22, 2023 5:33:02 GMT -5
16
threads
127
posts

A quaint little town on the edge of the Forsaken Region with a massive demon skull from an ancient battle. Nothing special generally happens here, but it is a nice place to visit. The Green Mantis squad has their base in the outskirts of the town, and conduct their business from this small town.
How Far We Have Come (Valo by Sol Shinryu✾ on Jan 14, 2023 3:35:30 GMT -5
101
threads
830
posts

A nice little trading town to the West. Many pass through here during trading and traveling. But Sosshi has a tough past, and a curse some say. The town itself has been almost entirely burnt down several times over, but it always seems to rise back from the ashes.
Been There. by Taiyō Vermillion on Jan 21, 2023 17:44:30 GMT -5
91
threads
784
posts 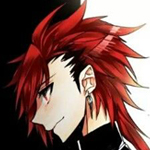 One of the nicer towns in the Forsaken Region, a perfect place for gambling. This town has an extravagant night life for somewhere in the Forsaken Region. This was also where the first battle of the Diamond war took place, and the town has only grown stronger since then.
Wolves in sheep clothing ( Saeka/David/Ryoshi) by David Rex on Jan 27, 2023 3:36:30 GMT -5
68
threads
478
posts

A town in the darkest part of the Forsaken Region, for thieves, criminals, and rogues alike to have a safe space away from The Order. Various different crimes occur here, and the place is almost always stuck in an overcast or dark fog. Even those who have lived here for years cannot explain it.
Seeking Answers by Connor on Apr 27, 2022 0:09:12 GMT -5
17
threads
71
posts

Where a vast majority of the population of Clover lives. The Common Region is home to a plethora of cities and farms, where trading is vast. Beautiful forests and rivers run through this region, and it is home to Noble and Commoner alike.
What Songs may Come. [open] by Joseph Ravencrest on Jan 22, 2023 3:31:07 GMT -5
47
threads
423
posts 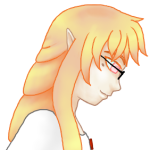 A port town to the West with the best healers and apothecaries in the Clover Kingdom, surrounded by a beautiful forest. The port is connected to several rivers utilized for trade, and the forest paths are considered very scenic. This is where the Coral Peacocks squad base is located.
Coral Peacocks Meet and Greet by Amaya Ravencrest on Jan 28, 2023 15:23:48 GMT -5
57
threads
550
posts

On the Eastern border directly next to the Diamond Kingdom, this town was of very strategic importance during the war and has recently had its massive walls rebuilt. It is easily one of the more heavily fortified towns in the Clover kingdom, but it has not seen action in some time.
An Unexpected Start(Yua) by Ryoshi Miten on Dec 14, 2022 3:34:03 GMT -5
45
threads
328
posts

A nice town on the Common Region with a massive Church. Many Church members travel through here. It's near central location makes it perfect to travel across the Clover Kingdom easily, which the Azure Deer squad utilizes, and is why their squad base is here.
Early Morning Scheaming by Ryoshi Miten on Jan 2, 2023 3:42:31 GMT -5
80
threads
617
posts

A Castle town right on the border of the Noble Region, so close in fact that citizens can see the edge of the Royal Palace. It is well paved and taken care of town, almost belonging in the Noble Region. The massive walls and castles make it nearly impenetrable, and perfect for the defense squad of Purple Orcas to call home.
Working for Transportation by Kea Vermillion on Jan 28, 2023 2:55:13 GMT -5
134
threads
1,361
post

The smallest Region in Clover, but also the most densely populated. The region is populated almost entirely by nobles of various descent, and they are all found in large cities. Some of the largest trading hubs can be found here, and it directly touches the sea.
Masquerade: Interloper - The Killing Façade 01 by Sogai Shengxiao on Jun 3, 2022 6:09:00 GMT -5
16
threads
261
posts

The Capital city of Clover Kingdom, massive enough to be seen for miles. It is the most grandiose city in the Kingdom, both the Royal King and Wizard King call it home, as well as the Golden Dawn and Crimson Lion Magic Knight squads. The Church of Clover and Balgon Prison are here.
Da Inn (mission) by Joseph Ravencrest on Jan 23, 2023 2:58:46 GMT -5
110
threads
1,204
post

The majestic town outside the Capital run by the Silva family and home to the Silver Eagles. It is a castle town with only the most prominent and professional traders in the Kingdom. It is perhaps the most well taken care of the city in the Kingdom, as eloquent and decadent as the Capital itself.
Noble Photoshoot by Nova Silva on Jan 24, 2023 13:25:31 GMT -5
47
threads
380
posts

A port town by the sea. It is beautiful and filled with merchants, traders, and is the home of multiple Noble families. Its location on the sea makes it perfect for imports and exports, as well as the sending of troops or traveling of peoples. The beaches on the edges of town are also quite popular.
???? by Sirius Hasapis on Dec 27, 2022 0:44:35 GMT -5
86
threads
691
posts 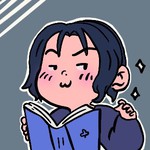 A fortress town with a singular massive tower in the center where the residents live. This is primarily a magical research town where a lot of magic items are made. The magical energy here is so intense that even some Magic Knights would feel overwhelmed here. It takes some time getting used to. It is the perfect place for Scholars.
A Vice-y Reception by Hania Ravencrest✾ on Jul 10, 2022 8:17:47 GMT -5
16
threads
179
posts

Far to the northwest of the land of clover, where the water begins to freeze over, one may find the land of Skjærgard. Being the largest out of the three islands, Skjærgard is both the name of the archipelago as well as the main island. Possessing high and jagged cliffs on all sides that make it almost impossible for anyone to arrive by ship without either a day's worth of climbing, though there are secret passages known to the locals. On Skjærgard, it is not humanity that governs the land, but rather the Skjærhaust, a clan of giants that has lived in these parts long before the first men came to it. Under their rule, the local creatures and monsters thrive, while humanity is kept at bay. Having built large stone settlements, castles, fortresses, shrines and even a massive bridge that connects Skjærgard to Mandrenke, their stone carvings and structures can even be seen built into the cliffs surrounding the island, acting as a warning to all interlopers that they are not welcome here.
An unwelcoming adventure by Connor on Oct 3, 2022 22:47:54 GMT -5
3
threads
25
posts